Here's a look at some stories that made news this week in the world of Texas education:

Texas's much-maligned standardized tests were once again the focus of media attention this week. The Texas Education Agency (TEA) announced this week that it is imposing harsh financial penalties against the vendor that administers the state's STAAR tests after a number of problems occurred during test administrations this spring. Also this week, a judge assigned to a lawsuit filed by parents objecting to the STAAR test refused to grant the state's motion to have that case dismissed. Read more about the latest STAAR-related developments in this week's blog post from ATPE Lobbyist Monty Exter. Exter also discussed the testing company fines in an interview with KVUE News, which you can view here.   Texas lawmakers involved in the biennial budget-writing process are starting to look more closely at education funding as the 85th legislative session approaches. ATPE Lobbyist Josh Sanderson and ATPE Political Involvement Coordinator Edwin Ortiz attended a meeting this week of the House Appropriations Committee's Subcommittee on Article III, which oversees the education portion of the state budget. Wednesday's hearing was a discussion of an interim charge dealing with public education programs that are funded outside the Foundation School Program (FSP). Learn more about the hearing in our blog post from yesterday. 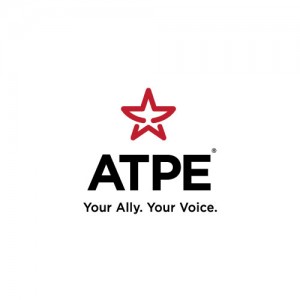 ATPE members and employees have been showcased in a number of media features this week with the start of a new school year. Round Rock ATPE member Stephanie Stoebe talked to KEYE TV in Austin about how she engages students using popular "Pokemon Go" characters. Stoebe also joined ATPE Executive Director Gary Godsey on Time Warner Cable Austin to discuss how the use of technology in the classroom can also increase opportunities for bullying. They urged educators and parents to talk to children about the risks of cyberbullying, which some lawmakers hope to address in the upcoming legislative session. Also on TWC news, a number of ATPE members contributed to a recent story about how teachers can talk to their students about difficult currrent events, such as problems of racism and violent attacks. ATPE Lobbyist Monty Exter also talked to KSAT about new education laws that are taking effect this school year. Be sure to follow @TeachtheVote on Twitter and ATPE on Facebook for coverage of these and other stories about how ATPE members are making a difference in the lives of students.
Previous