Before we highlight some of this week's education news stories, we at ATPE want to wish everyone a restful and enjoyable Labor Day Weekend! 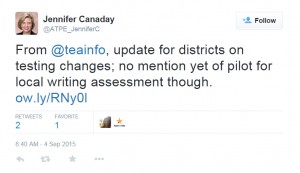 policies for the use of calculators during certain math and science exams, and gives details on some changes enacted as a result of legislation passed earlier this year. Regarding math standards, TEA writes, "The Student Success Initiative (SSI) grade-advancement requirements are being reinstituted for mathematics in the 2015–2016 school year." The agency did not provide any information, however, about a new pilot program to allow for locally-developed assessments of students' writing skills in lieu of the STAAR writing tests, which was part of Rep. Gary VanDeaver's HB 1164 that also passed the legislature this year. Today's correspondence also includes the schedule for release of STAAR tests in 2016. Read the full letter here on the TEA website. In other testing news, TEA issued a press release yesterday touting an increase in the number of Texas students taking SAT and AP exams. TEA writes, "The 179,131 Texas public school students who took the SAT in 2014-2015 reflects an increase of 9.2 percent from 2013-2014. For the third consecutive year, more Hispanic students (73,635) than white students (59,921) took the SAT in Texas public schools. In addition, the 255,250 Texas public school students who took AP exams in 2014-2015 represents an increase of 13.3 percent from 2013-2014. That percentage increase is more than double the national growth of six percent." Read the full press release here. The public comment period on a proposal to water down certification requirements for superintendent candidates opens today. As we have reported before on Teach the Vote, the State Board for Educator Certification (SBEC) gave preliminary approval last month to a proposed rule change that would remove teaching and principal experience, among other critical skills, from the requirements to become a certified superintendent in Texas. ATPE Lobbyist Kate Kuhlmann testified against the proposed change that would allow individuals to become superintendents without first obtaining a principal's certificate, a master's degree, and at least two years of experience working as a classroom teacher. The ATPE Legislative Program, written and adopted by our members each year, recommends that administrators have at least five years of teaching experience. SBEC will make a final decision on the proposal at its October 16 meeting, but not before the public has an opportunity to submit input on the controversial move. Any interested members of the public can submit written comments to SBEC; find additional details on how to submit your formal comments here. The public comment period will remain open through Oct. 5. ATPE Lobbyists Josh Sanderson and Monty Exter wrote on our blog this week about the Texas Supreme Court's Tuesday hearing in the latest school finance case. Sanderson, who attended and live- 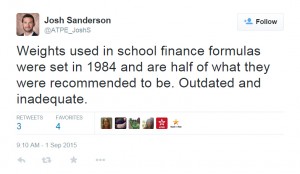 tweeted his updates from the hearing, explained in his blog post that differences in the funding levels available to districts under the current school finance system represent "a glaring disparity." Exter provided links to documents and other news stories relating to the lawsuit, which is the latest in a long line of school funding cases spanning three decades in Texas. ATPE Executive Director Gary Godsey and several ATPE leaders were featured in media reports about the school finance case heading back to court this week.  A press statement by ATPE Executive Director Gary Godsey was published in Houston Style Magazine, while ATPE State Secretary Carl Garner gave an interview to Fox 4 News in the Dallas-Ft. Worth area on Tuesday. Austin's KXAN News reported on how inadequate funding often leads schools to seek waivers of the state's 22:1 class-size limit in elementary grades; ATPE Lobbyist Josh Sanderson and ATPE member Stephanie Stoebe were featured in that news story on Monday. Minnesota Congressman John Kline (R) has announced that he will not seek re-election in 2016. Kline has chaired the House Committee on Education and the Workforce since 2010; that committee is overseeing efforts in the House to reauthorize the outdated Elementary and Secondary Education Act (ESEA), commonly known as No Child Left Behind (NCLB). In a statement issued yesterday, Kline said, "I look forward to continuing my efforts to replace No Child Left Behind" during the remaining 16 months of his term. Kline is chairing a conference committee that has been established to try to iron out differences between two bills passed by the U.S. House and Senate to reauthorize and overhaul ESEA/NCLB. The House passed a Kline-authored bill known as the Student Success Act, while the Senate passed its own version called the Every Child Achieves Act earlier this summer. 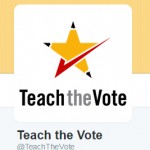