Today, June 12, the State Board for Educator Certification (SBEC) is meeting in Austin. ATPE Lobbyist Kate Kuhlmann is attending the meeting and has provided this write-up about the business being discussed: 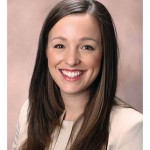 Kate Kuhlmann SBEC is meeting today to tackle a full agenda, which includes ongoing proposals as well as new issues resulting from bills passed during the legislative session. The board is postponing action on several agenda items related to bills that are waiting to be signed by Governor Greg Abbott. Those bills primarily pertain to new educator preparation requirements, but also affect a few issues on which the board has previously initiated the rulemaking procedure. Among the action taken by the board today is final approval of a new fee structure for educator preparation programs (EPPs) and certification candidates. The fee structure raises several fees imposed on EPPs with regard to approval and accountability. Two fees involving the review of credentials for candidates seeking certification were slightly reduced. The board also approved a new traditional EPP, passing standards for certain certification exams, the accreditation statuses of all Texas EPPs (and most of the programs were fully accredited), and a phase-in of passing requirements on new Core Subjects EC-6 and Core Subjects 4-8 certification exams. Based on discussions initiated today, provisions affecting EPPs and EPP candidates will be a big discussion topic at upcoming SBEC meetings.

The Teacher Retirement System (TRS) board of trustees also met June 11-12 in Austin. Among the items on its board agenda were TRS-related developments that came out of the 84th Legislature's recently adjourned regular session. Lawmakers appropriated $768 million for TRS-Care in a supplemental appropriations bill, which means the TRS board need not consider any TRS-care premium increases in the near future. However, healthcare funding for active employees continues to be a problem area and was discussed at length during this week's meetings. ATPE Lobbyist Josh Sanderson attended and provided the following update: 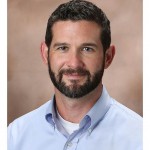 Josh Sanderson The TRS Board of Trustees met Thursday and Friday of this week to discuss the adoption of ActiveCare premiums for the upcoming plan year.  Because of constantly rising healthcare costs and, more importantly, severe underfunding from the state legislature, active education employees have experienced high premium increases, causing many employees to enroll in the lower cost/lower coverage plan options, such as TRS ActiveCare 1-HD.   As such, the more comprehensive option, ActiveCare 2, is experiencing declining participation and costs the program the most money to maintain. Effectively, ActiveCare participants in lower cost plans subsidize participants in ActiveCare 2. Faced with these growing costs and underfunding issues, the TRS Board discussed the possibility of freezing enrollment in ActiveCare 2, allowing existing enrollees to continue coverage, but effectively eliminating the plan in the future. ATPE testified before the board to convey our opinion that the problem is not with the plan design, but instead with legislative decisions regarding funding. Further, we do not believe that restricting access to health insurance options is where the solution to the ActiveCare problems lies. We asked the board this week to delay a decision on ActiveCare 2 at least until the legislature has the opportunity to meet again and consider this issue. The TRS board agreed and pledged to work alongside education stakeholder groups urging the legislature to meet the funding obligations necessary to maintain a reasonable healthcare plan.  We thank the TRS Board and staff for their work on this issue and for reaching out to educators. This is an ongoing issue and it is critical that ATPE members engage their elected officials discussing the importance of increasing state funding for active employee health insurance. Next week, members of the ATPE staff and state officers are traveling to Washington, D.C. for meetings to discuss education policy matters at the national level. ATPE's Executive Director Gary Godsey, Governmental Relations Director Brock Gregg, State President Richard Wiggins, and State Vice-President Cory Colby are expected to meet with several members of Congress and their staffs. They will be joined by ATPE's Washington-based team of contract lobbyists. Topics that ATPE plans to address during the meetings include pending efforts to reauthorize the long-overdue Elementary and Secondary Education Act (ESEA), more commonly known as No Child Left Behind (NCLB), and to reform the federal Social Security offset laws that have the effect of limiting educators' retirement benefits. Stay tuned to Teach the Vote for updates next week from the nation's capital.
Previous
Next