ATPE's Highlights of the 84th Legislature 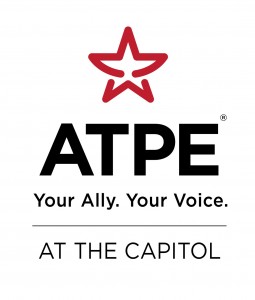 With the help of our members and public school supporters who actively monitored developments at the capitol and communicated frequently with their legislators, ATPE worked to enact positive changes for public education this session. From increased funding to reduced testing, we successfully fought for the rights of educators, students, and parents and succeeded – even in the face of unprecedented attacks on public education. We entered the legislative session with new state leadership, facing a whole new set of rules and the challenge of an education reform agenda being pushed by well-funded adversaries. We stood strong against those who wanted to send millions of state dollars to unregulated private schools, allow corporate interests to take over public schools, and punish educators by taking away their salary protections, rights, and benefits. We defeated the vast majority of the proposals pursued so aggressively by business groups such as Texans for Education Reform, Lt. Gov. Dan Patrick, and his anti-public education “advisors.” At the same time we were defending against numerous attempts to penalize and thwart our Texas public schools, we also pursued meaningful, positive changes in state laws to help students grow, schools succeed, and education employees thrive. Here are highlights of our successes during the 84th regular legislative session of 2015; click the links below to learn more: