Here are recent stories that made news in another big week for Texas education:

As we reported last week, the Every Student Succeeds Act (ESSA), has been signed into law, officially reauthorizing the Elementary and Secondary Education Act (ESEA), previously known as No Child Left Behind (NCLB). While the ESSA is not a perfect solution, many educators are optimistic that the new law will help reduce the emphasis on high-stakes standardized testing in state and federal policies going forward. Of course, many questions linger, especially here in Texas where plans are already underway to implement a new teacher evaluation system. The new evaluation framework, called T-TESS, has been based largely on criteria linked to the state's ESEA/NCLB waiver, which will expire formally in 2016. Draft commissioner's rules to implement T-TESS have been posted recently, and the Texas Education Agency is accepting public comments on them now through Jan. 11, 2016. Read more about the ESSA and its potential impact on Texas's testing and teacher evaluation policies in our blog post from last week. In the meantime, the U.S. Department of Education (ED) is beginning the implementation process for the new federal law and welcoming new leadership. John B. King, Jr. takes over as Secretary with the departure of Arne Duncan this month. ED has established a webpage with ESSA resources here, where you may view the actual text of the bill, read a White House fact sheet on ESSA, or even submit questions to the department about the new law. Publication of a "request for information" in the Federal Register on Dec. 22 also commences a 30-day public comment period on the federal law. Stay tuned to Teach the Vote in 2016 for future updates on ESSA implementation. The U.S. Department of Education is not the only education agency undergoing personnel changes at the top. Gov. Greg Abbott announced this week that he has selected Mike Morath to become our state's next Commissioner of Education. Commissioner Michael Williams is resigning at the end of this month. Morath will be relocating to Austin from Dallas, where he has been serving on the board of trustees for Dallas ISD. We wrote about the governor's pick on our blog earlier this week. For insight into Morath's priorities as commissioner, check out the KERA News interview that is also featured on The Texas Tribune's website here. The U.S. Senate is expected to vote today on a bill that would extend several tax credits for 2015, including the teacher tax deduction for classroom supplies. The deal is part of a major spending bill that was negotiated by congressional leaders earlier this week in order to avoid a government shutdown and fund services through September 2016. The bill includes a variety of tax breaks valued at approximately $600 billion within the $1.1 trillion plan. Under the pending proposal, elementary and secondary school teachers who dip into their own pockets to buy classroom supplies will be allowed to deduct up to $250 from their federal income taxes for those expenditures, and this time the deduction will be made permanent. The U.S. House already approved the spending measure yesterday, and the upper chamber is expected to give it a favorable nod today.

Kate Kuhlmann In last week's wrap-up, we shared a few highlights of actions taken by the State Board for Educator Certification (SBEC) during its Dec. 11 meeting. Of particular interest was an agenda item to re-adopt a rule pertaining to certification requirements for Texas superintendents. SBEC's original attempt to rewrite the rule was rejected by the State Board of Education (SBOE) after ATPE and other educator groups complained that the rule watered down the standards. In addition to adopting a second revision to the rule last week, SBEC also took several actions relating to educator discipline and educator preparation programs. This week, ATPE Lobbyist Kate Kuhlmann, who attended and testified at the lengthy hearing, has provided more detail on the board's deliberations that day. Read her latest blog post here.

Monty Exter The Texas Legislature passed a bill in 2015 that requires school districts to place video surveillance camera systems in certain classrooms serving students in special education programs. Senate Bill (SB) 507 by Sen. Eddie Lucio (D) takes effect in 2016. With attention turning to how districts are implementing the requirements, NPR News did a feature story about the new law this week. ATPE Lobbyist Monty Exter was quoted in the story, which notes that some Texas school districts could incur millions in costs to comply with the law. The legislature did not provide any additional funding to equip classrooms with the camera equipment that is required. Read the full article here, courtesy of NPR. For additional background information, check out ATPE's FAQs about SB 507 as compiled by our Governmental Relations and Member Legal Services staffs earlier this year. The ATPE office will be closed for the holidays from Dec. 21 through Jan. 1, 2016. We will resume normal office hours on Jan. 4, 2016. We at ATPE wish you a wonderful holiday season and look forward to sharing more news with you in 2016. Watch for exciting updates coming soon to Teach the Vote, including profiles of candidates running in the 2016 elections for the legislature and State Board of Education. We'll see you in the new year! 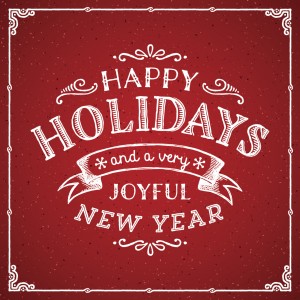