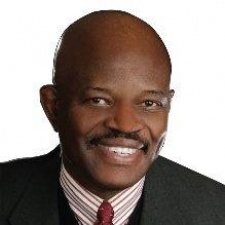 Did not respond to the 2020 ATPE Candidate Survey.

Below are the candidate's responses to our 2018 survey:

1. If elected, what will your top priorities for public education be?

One of my priorities if elected to the Texas State Legislator, District 117, is to communicate my values as an elected official, one of compassion and concern for District 117. One issue that I am compassionate about is the school system and the problems students face each day. I support legislature to stop bullying, and I will be a strong advocate for measures to prevent and educate families to report all acts of violence to a responsible adult.

2. Is there a need to increase state funding to meet the needs of our student population? If so, how would you recommend securing more revenue for public education?

Healthcare cost for educators have increased dramatically and outpaced the state's contribution, with many current and retired educators now paying more out of pocket than their counterparts in other states or in other profession. As a legislator, how would you address this crisis to ensure that active and retired educators have access to affordable health care? If elected, I would introduce legislation to relieve the burden imposed by rising cost of health care on active and especially retired and disabled educators who are cutting expenses and returning to work to afford health care.

4. Do you believe the Teacher Retirement System (TRS) should be maintained as a traditional defined benefit pension plan for all future, current, and retired educators, or do you support converting TRS to a defined contribution plan that is more like a 401(k) plan, in which future benefits are not guaranteed?

Yes, It is fair that Teachers Retirement Plan (TRP) should be similar or equal to what's provided for retired state employee; lower deductible, increasing cost of living, is not keeping pace with the rising costs of health care and prescriptions drugs.

5. What do you feel is the proper role of standardized testing in Texas's public education system? For instance, should student test scores be used for school accountability purposes, for evaluating teachers, for measuring student progress, etc.?

There are pros and cons to standardized testing. First, It is my opinion that state and local government place too much emphasis on standardized testing. They claim that students and educators spend too much time on state testing. Parents and teachers (not tests) educate children, and must devote time and effort to ensure great results in the classroom, not test. Grades don't matter" and "tests mean nothing. A teacher's work is not to raise the child or to be responsible for the child's success in life. The responsibility rests with the children and parents.

6. Would you support a state-funded across-the-board pay raise for all Texas classroom teachers?

Yes, if elected, I will definitely introduces Ideas and come up with legal ways to pay for teacher pay raises statewide. The most difficult part of that task will be finding the money. We need to get past that time where our teachers need to go buy Crayola's and paper for their classrooms [out of their own pocket] - One option, which is already considered is dedicating money from the Texas Lottery — which already goes to education — to permanent raises. However, that plan was criticized for not providing any new funds.

7. To what extent should student performance determine teacher pay?

The pay-for-performance program raised test scores. It also apparently helped students in other ways. However, student academic performance should not be the only factor in determining teacher's salary. Therefore, other factors should also be taken into account when it comes to teachers' wages.

8. Would you vote to create any type of voucher, tax credit, scholarship, education savings account, or other program aimed at paying for students, including any subpopulation of students, to attend non-public K-12 schools, such as private or home schools?

If elected to the legislators, I will explore the option of scholarship tax credit program over vouchers.These programs allow individuals and corporations to allocate a portion of their owed state taxes to private nonprofit scholarship-granting organizations that issue scholarships to K-12 students. The scholarship allows a student to choose among a list of private schools, and sometimes public schools outside of the district, approved by the scholarship organization. The scholarship is used to pay tuition, fees, and other related expenses. As a result, the state does not have to appropriate per-pupil education funding for those students that receive scholarships. Tax credit programs provide an alternative to school voucher programs. Many critics also oppose allowing scholarship recipients to attend private religious schools, claiming it is a violation of the separation between church and state. Some scholarship organizations allow scholarship recipients to attend only specified religious schools. Lastly, the National Education Association points out that moving students from public to private schools harms school districts because they cannot reduce their fixed facilities and transportation costs in proportion to the number of students who leave.

Yes, but I believe this bill has been challenged in the past by the Texas Senate gave, which would prevent state workers from using payroll deductions for their union or labor organization dues. Educators fear changing the way dues are processed will increase the risk that teachers won't be covered by labor organizations' legal services and could dampen their bargaining power. I think that these dedicated public servants should be free to use their own money to pay their membership dues as they see fit. It is time that Texas officially removes itself from having an official role in the operation of unions or similar organizations.

10. Current law allows school districts with accountability ratings of "C" or better to become Districts of Innovation (DOIs) and exempt themselves from many state statutes, such as elementary school class-size limits, requirements for hiring certified teachers, and more. Would you recommend any changes to the criteria for becoming a DOI? Would you place any limitations on the state laws that can be waived by DOIs?