From The Texas Tribune: Analysis: A window into who Texas legislators' favorite employees are

Lawmakers want to stop deducting dues for union and non-union employee associations from state paychecks — but only for the employees they disagree with. 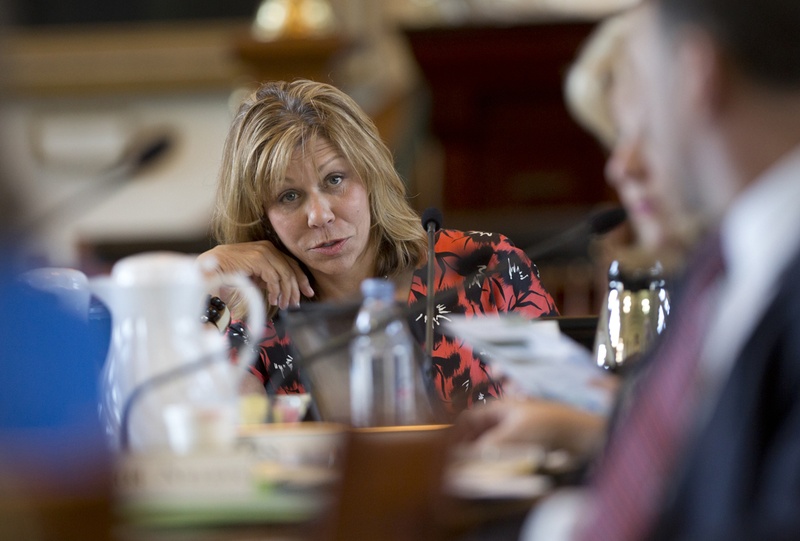 The union dues bill is a great example of the difference between an ideological piece of legislation and a case of lawmakers just picking favorites.

Texas allows state and government employees to deduct the dues for their unions and employee association from their paychecks — an automatic payment that improves collections and retains members for those groups and that saves the employees the trouble of writing checks or sending payments every month. It doesn’t cost the state anything; the groups that benefit pay the processing costs. The governor had a line about stopping the practice in his state of the state speech a few weeks ago. The lieutenant governor put Sen. Joan Huffman’s legislation against the practice on his list of priorities, giving it a low number — Senate Bill 13 — and a fast ride through the process. The Senate State Affairs Committee voted it out on Thursday. The full Senate will get the next look. Two years ago, similar legislation passed in the Senate and then died in the House at the end of session. Republicans like the bill, and it’s not hard to figure out why. It zings teacher and trade unions that often favor Democrats, and it’s a crowd-pleaser for conservative audiences. Groups like the Texas branch of the National Federation of Independent Business favor the legislation, too, saying the dues checkoff enables their legislative foes and has no public purpose.

Legislators are selective in their scorn: Some public employees are easier to kick than others.

But the bill wouldn’t end the practice of allowing public employees to pay their dues automatically through a payroll deduction — a detail that undermines the argument that this is about unburdening state and local payroll clerks. Like the legislation that failed two years ago, Huffman’s bill would allow police, fire and emergency responders to keep their payroll deductions in place. Teachers would be cut out, as would prison guards, social workers and other public employees. Legislators are selective in their scorn: Some public employees are easier to kick than others. Lawmakers who don't think the state ought to be collecting dues for employee unions and associations would be voting to end the practice. On the other hand, if you just want to bust unions and associations that tend to vote for the other party, outlaw it for them but leave your own supporters alone. It’s a modern spoils bill, rewarding public employees thought to support the people in charge and punishing dissenters. State law already prevents payroll deductions for political purposes — the union and non-union associations collecting these dues can’t use that money for the political action committees or for other political expenses. But the groups frankly admit that without the automatic payments, they’d lose some members. They like painless payments for the same reason streaming media companies and other subscription services like them: If people don’t have to write checks or consider payments every month, they’re more like to remain enrolled. The debate is coming earlier in the session this time around, increasing chances that lawmakers will hear a full argument on the merits before the end of the session. The exceptions could be the most interesting part of the fight. Instead of a straight-up argument over whether and when public workers should be allowed to sign up for payroll deductions for this or that, this is shaping up as a debate over which public workers should have the privilege — a debate over good eggs and bad eggs. All lawmakers like first responders and want to be seen as supporting them. They all love education but some of them don’t like teachers, especially when they form groups that lobby on their behalf. Lots of lawmakers have remarkably low regard for their own employees, the workforce they deride as the bureaucracy. When the session is over, voters will have a good look at how those groups rank with their lawmakers. Even if the dues bill passes, Texas will still have payroll deductions for union and non-union employee groups — but only for the groups that have found favor with or that are feared by the people in elected state office. This isn’t about the paychecks. It’s about the politics.
This article originally appeared in The Texas Tribune at https://www.texastribune.org/2017/02/17/analysis-window-who-texas-legislators-favorite-employees-are/.
Texas Tribune mission statement
The Texas Tribune is a nonprofit, nonpartisan media organization that informs Texans — and engages with them — about public policy, politics, government and statewide issues.
Previous
Next